September 11, 2011
Everything She Wants adores stylist Rachel Zoe's former assistant Brad Goreski. He's super cute and uber stylish. So when I received an email that Brad was hosting an event at Saks Fifth Avenue for shoe designer Alexandre Birman, I thought as Zoe would say, "This is major!" Bananas, even. 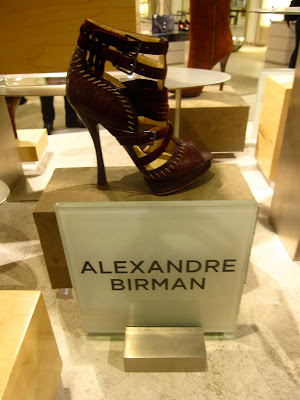 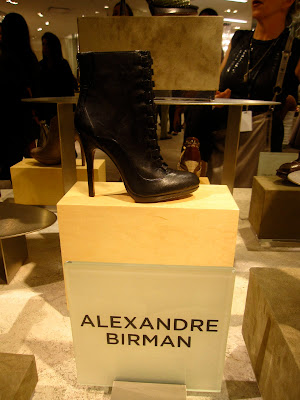 Not that I needed more incentive to attend the event than the chance to meet Brad, but the invite revealed that the first ten bloggers to arrive would automatically win an Alexandre Birman phython bracelet (valued at $200) and be entered into a drawing to win an exclusive pair of the Brazilian designer's shoes (valued at $800). 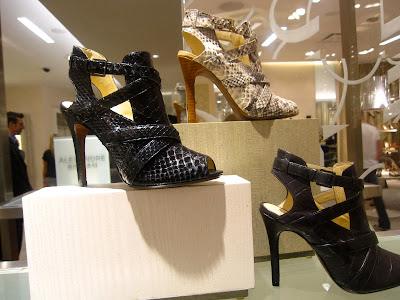 Needless to say, this event became a priority on my Saturday fashion calendar.  When I arrived on the 8th floor at Saks' bustling shoe department, I thought there was no way I was one of the first to arrive.  Then I spotted two other girls who looked just as confused as I was. Turns out they were bloggers too, and together we headed for the first official looking girl with stilettos and a clip board.  We introduced ourselves and sure enough, we were the first writers to arrive and were promptly gifted our funky leather bracelets. 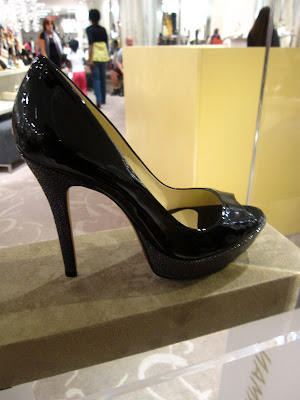 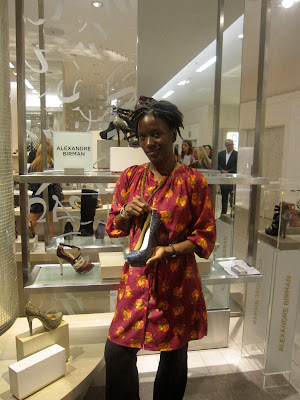 In celebration of Alexandre Birman's exclusive collection for Saks, the scene in the shoe department was festive.  The designer began his career at age 12 at his father's shoemaking factory in Brazil.  Birman's luxury footwear is favored by Hollywood starlets Zoe Saldana, Anne Hathaway, Jessica Alba and Blake Lively. Birman arrived and greeted the assembled press and customers snapping up his strappy, snakeskin-accented gladiator heels, peep-toe pumps, edgy boots and ladylike flats.

Now all we needed was Brad. After an hour of anticipation, however, the sassy stylist was still a no-show. Unfortunately, I had to leave to make it to a fashion show at Blanc de Chine a few blocks away.  So I didn't get a chance to ask Brad about his upcoming series for Bravo, It's a Brad, Brad World; his relationship status with Ms. Zoe; his highlights of Fashion Week so far; or his top styling tips for fall.

But perhaps our paths will cross at another time, in another shoe department.