January 31, 2011
In my haste to escape the snow and slush, I almost missed a brush with glamour greatness. But thanks to a tourist snapping photos of a Macy's Herald Square window display, I slowed my rush hour roll down 34th Street long enough for a fashion history lesson. 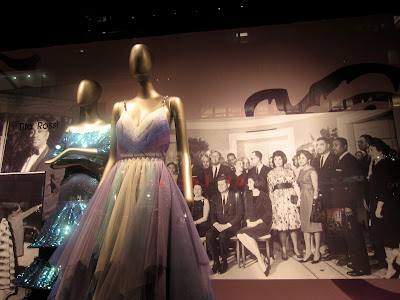 In honor of Black History Month, Macy's and Ebony Magazine have created a fabulous display celebrating the signature style of Ebony Fashion Fair founder Eunice W. Johnson.  During the '80s, I attended an Ebony Fashion Fair show with my mother.  The elaborate gowns and suits with architecturally stacked shoulder pads.  The dramatic hair and makeup.  The model sashays and twirls. For a young African-American woman, this traveling fashion show was better than Fashion week. 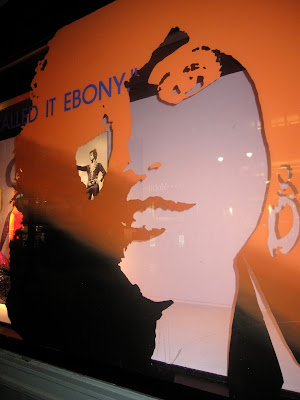 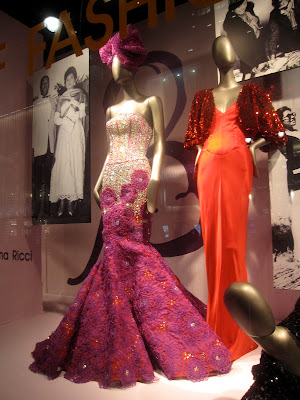 Macy's tribute prompted me to learn more about Mrs. Johnson.  The store's website describes her as "a great couture client, friend of designers and voracious advocate for black women."  Not only did the Selma, Alabama native start Ebony Fashion Fair in 1956 as a fundraiser for a New Orleans hospital. The former social worker also gave Ebony magazine its name, and worked tirelessly with her husband John to build the Johnson Publishing empire. 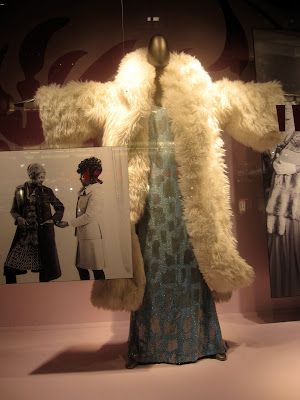 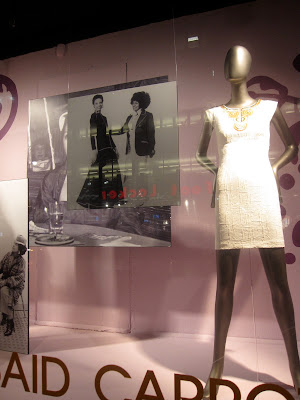 After she noticed that many of her models (Iman began her career with Ebony Fashion Fair) had to mix their own makeup in order to match their skin tones, in 1973 Johnson launched Fashion Fair Cosmetics -- a staple in my household.  She died on Jan. 3, 2010 at age 93.

The Macy's Herald Square window display on 34th and Broadway will be up through Feb. 1.  Find a Macy's near you showcasing the display and hosting a meet-and-greet with Johnson Publishing chairman, Linda Johnson Rice (John and Eunice Johnson's daughter).