April 07, 2010
Five years after she battled Santino Rice and Daniel Vosovic to win the coveted title of top designer on the second season of “Project Runway,” Chloe Dao is still building her fashion empire.  Since May 2008, the designing woman has been selling her popular Simply Chloe Dao line on QVC, and in 2009 she launched a line of slim laptop cases and luggage, Dao Chloe Dao for Nuo. 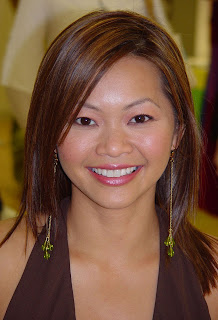 The industrious designer recently took a break from her hectic schedule to chat with me, and I was delighted to find out the Houston, Texas resident is a lot funnier than she led on during her TV stint.


“I couldn’t compete with those gay guys from my season” she says.
How did being on “Project Runway” change your life and your career?
Chloe: My life is crazier than ever -- I have my store [Lot 8], QVC, and the Nuo line.  So my design repertoire has expanded. I travel every two weeks to New York and to Philly [QVC is based in West Chester Pennsylvania]. I have a fan base and I’m still doing interviews after all these years.  It’s amazing that people still care since season two was so long ago.
What do you think of your “Project Runway” cast mate Santino being a judge on RuPaul’s “Drag Race.”
Chloe: I love the show.  This season the drag queens are even prettier. I hope JuJuBee wins.  I love her.  More power to Santino.  It takes a lot to be a successful designer, [so] it’s good to be on a show that’s about fashion in its own right.  He’s a perfect fit for the show.
What do you think of this season’s “Project Runway?”
Chloe: I was watching up until Ping, the crazy Asian girl, got eliminated. They let 10 designers show at Fashion Week.  It’s insulting to past seasons.  What’s the point if [almost] every designer gets to show at Fashion Week?  They could have waited and let three designers show. I was turned off and disgusted. I feel bad for both seasons [6 and 7], especially [sixth season winner] Irina [Shabayeva].  She didn’t have the experience of walking out with the crowd.
Did you ever consider moving to New York to open a boutique?
Chloe: I lived in New York for eight years before Houston. It’s tough to survive and Houston has been amazing to me.  [In New York), it’s hard to stand out and I didn’t want to be one of many. I don’t think I had the finances.  The prize for winning “Project Runway” was $100,000; then taxes takes about $30,000.  So you have $65,000 left over. That’s fabric and one collection.  And if you show in New York Fashion Week, that’s $30,000.  You have to be thrifty, and $65,000 is not a lot in New York. 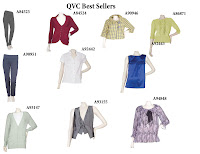 Tell me about your Simply Chloe Dao line for QVC.
Chloe: It’s sportswear for all ages and sizes, from extra small to 3X. It’s contemporary; not a lot of short sleeves because every woman has an issue with her arms. It’s like J. Crew meets Anthropologie, with a lot of details and textures that give bang for the buck.  The customer is aged 35 to 65. My mother is 64.  I’m turning 39 this year, Lord have mercy! I’ve been preparing for 40 by telling everyone I’m already a year older.
How does your Dao Chloe Dao collection for your Lot 8 boutique in Houston differ from your OVC line?
Chloe: My design philosophy is to design for everyone. My high-end collection at my boutique [only] goes up to size 10. I’m my own size 6.  I used to be my own size 2.  But QVC is for everyone.  It’s rewarding when you get live phone calls.  A woman who was a size 3X said my clothes make her feel beautiful.  I never try to hide the figure. I try to enhance it.  I know because I have issues with mine all the time.  My [Lot 8] ready-to-wear line is for women who are already for risk takers and who understand fashion.  But I get to educate the QVC customer on how to wear [clothes] for your body and age.


Click here to watch a video of Chloe on QVC. 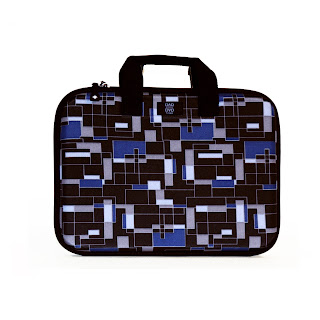 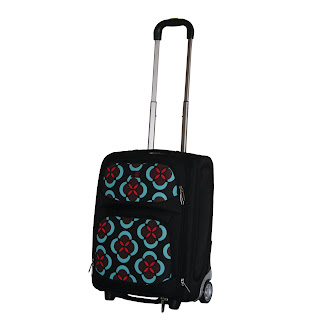 What inspired you to design laptop cases and luggage for Nuo?
Chloe: It’s very cool to carry your own luggage.  You never lose it cause your name is on it.  I saw a woman carrying my laptop case in the airport and asked her where she got it.  She said Office Max.  At first she was like, “Who is this little Asian girl harassing me?”  Then she realized who I was.


All designers want to design everything.  Any time I’m given an opportunity to branch out from just clothes, I jump at it.  Who doesn’t want to be a lifestyle brand?  We all aim to be Ralph Lauren. 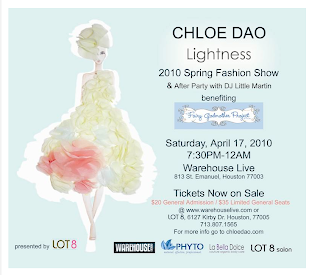 What’s next for Chloe Dao?
Chloe: On April 17 I’m showing my spring collection in a charity fashion show in Houston.  Once I show [the clothes], they’re available.  That works better than waiting for six months [like at Fashion Week].