Camille Still Wants to Be America's Next Top Model

March 10, 2010
"This is my signature walk, and it's going to make me famous," proclaimed Camille McDonald during Cycle 2 of "America's Next Top Model."

Six years later, the Howard University graduate is still working her way to the top. 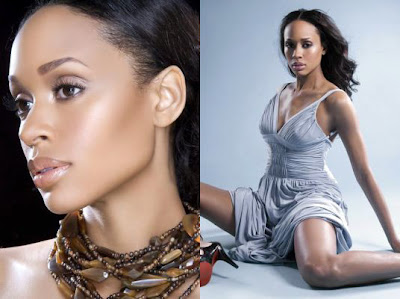 "I had a strong identity," Camille told me over drinks at New York Fashion Week in February.  "I love and respect Tyra, but you have to make decisions of your own." 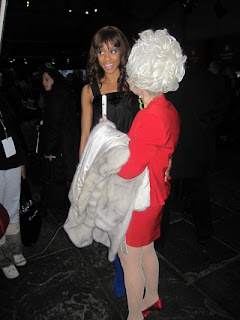 Although Camille thinks she was cut out of the running to be America's next top model too early, she says she's glad she took her bow when she did.

Despite being painted as the Omarosa of the model house, Camille wants everyone to know the real her. During out chat in the Tents, the Jamaican native was friendly, humble, and down-to-earth.  And as with most models, she's even thinner and more attractive in person.

"I didn't know I would be edited [as the villain]," says Camille, who tried to escape her notoriety in the States by moving to a different country every two or three months. "Every time my [Top Model] cycle would air, I'd move."

Camille  adds that her contract stipulated that she couldn't work for a year after the show aired.  That "gag order," she says didn't apply to later seasons.

"My parents always stressed the importance of education and owning a piece of American real estate," Camille says of her advertising degree and real estate investments.

Cycle 14 of "America's Next Top Model" airs tonight on the CW.  Check your local listings.