February 02, 2020
Music has always been a passion.  Earlier in my career, I was a music writer for The Associated Press, Rolling Stone, Billboard, Entertainment Weekly, Vibe, The Source, and other media outlets.  Then for a decade I was a Digital Content Editor for Barnes & Noble's e-commerce website, where I wrote music reviews and had the chance to interview legendary recording artists like Patti Labelle, Chaka Khan, Daryl Hall, Michael McDonald, Mary J. Blige, Ronald Isley and Lionel Richie. 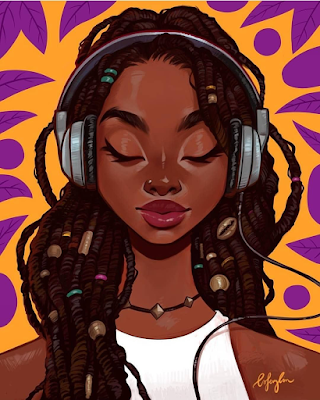 Recently, I've returned to my music loving roots by curating Spotify playlists for Sisters from AARP, a digital newsletter for Gen X women of color.  I love compiling playlists that empower and support Black women, and really all music lovers. Playing DJ is a creative outlet and a form of meditative self-care -- so it's hard for me to stop generating new playlists, even when I'm not assigned to do one. So I put together a celebratory Black History Month playlist of 35 songs for Everything She Wants.

But still we rise. And we can't lose sight of the better days ahead, as we are reminded by Donny Hathaway on "Someday We'll All Be Free"; Andra Day on "Rise Up"; Mariah Carey on "Hero"; Mavis Staples on "Eyes on the Prize"; Leela James on "A Change is Gonna Come"; and Cynthia Erivo on "Stand Up (From Harriet)."

So if you'd like a soundtrack while you observe Black History Month and beyond, push play and let's collectively "Lift Every Voice and Sing."