YouTube Sensation Princess Shaw Discusses Her Music and Painful Past

May 29, 2018
If watching Netflix and chillin' is your thing, check out the documentary, Presenting Princess Shaw, about aspiring singer turned YouTube sensation Samantha “Princess Shaw” Montgomery. The New Orleans native is a bundle of positive energy, whose speech is peppered with infectious catch phrases like “You guys rock ass sauce," often in an affected British accent. Beneath her sunny persona, however, lurks a painful past and lingering depression as a result of the sexual abuse she suffered as a child. 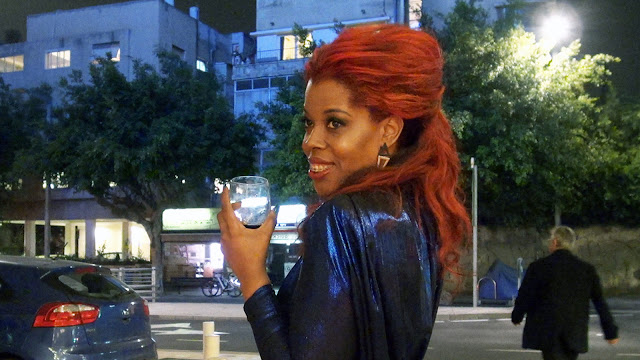 Everything She Wants caught up with the fiery red head, a self-proclaimed “skateboard chick without a skateboard,” via telephone. Samantha says the mash-up music she created with Israeli viral video music producer Kutiman is on the way.
“I have never been a person to follow the masses. I am the masses,” she says. “Yes, Ma’am.”
Everything She Wants: How has your life changed since Presenting Princess Shaw was released?
Samantha Montgomery: I’ve been all over the world. I’m not as depressed as I used to be. I have more self-love. There’s been a beautiful transition from dark to light.  I’m in a relationship, but nobody can love you as truly as you love yourself. I still do healthcare. A lot of people think I have a million dollars, but I’m still working on my music career. Since the film, it hasn’t flourished but it helped. I worked on 13 songs with Kutiman. I’m going with flow and rocking it. It’s surreal when people say ‘Oh my God, you’re the girl from the movie!’ Back home, I’m just Sam. I’m just a normal chick who would love to sing and travel. I like to watch TV and chill and play games on my phone. 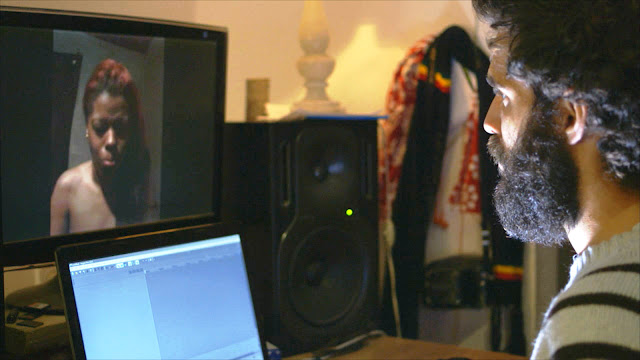 ESW: When you agreed to do the film, why did you think a documentary camera crew was following you?
SM: In beginning, it was about YouTubers and Kutiman and his beautiful creations. The documentary filmmaker wanted to do a behind the scenes movie about YouTubers, and I thought it would be on YouTube. I didn’t think it would blow up the way it did. I didn’t know Kutiman was using [my song]. He finds people who have talent but don’t have a lot of views. [So] when you see me finding out about my song in the film, that’s my real reaction.
ESW: It’s such a beautiful story of how people from different backgrounds and cultures come together in the name of music. What did you think of the film when you first saw it?
SM: [Laughs] Me and Kuti were in Canada [at a screening]. And having your whole life exposed like that is a weird experience. I critique myself like, ‘Look at my hair.’ I saw it with an audience and I thought they hated it cause they were quiet. But they loved it. To have your life documented like that, I felt exposed. I felt like I was sitting naked in a room full of people. I saw it twice, and that’s enough for me cause I know my life. But it was beautifully done. It’s surprising, you can be going though relationship problems and you meet someone from Israel and you wouldn’t think they would understand. But we have more in common than you thought. We are just people. We are like family now. I have been to Israel six times. People said you should have married [Kutiman]. I’m like, ‘No, he is like my brother.’ When I go to Israel, I don’t feel any racial tension. It’s community. I don’t feel out of place as a black girl. It’s a different vibe. Why can’t we do this in the U.S.? Everyone is just rocking, rolling cigarettes, riding bikes and hanging outside. People take you in.
ESW: Who are your biggest musical influences?
SM: I like Cat Stevens, The Bee Gees, Hall & Oates. I like old music, music with substance. Nowadays music is empty, it’s a catchy hook and raunchy. I’m a little raunchy, too, but I like music where you pay attention to the lyrics. John Legend is a newer influence. I think his music is like that, too. 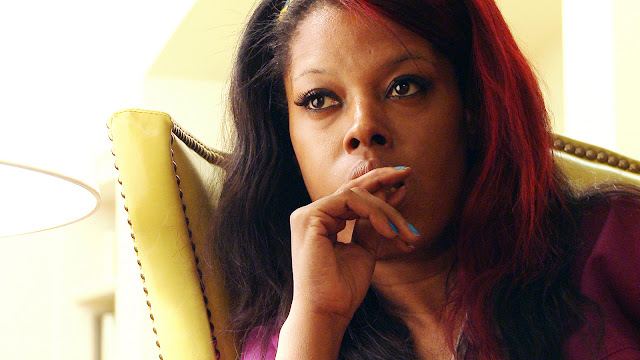 ESW: In the film you opened up about being sexually abused as a child. How did that affect you and others?
SM: Seeing myself on film was hard. I was still struggling through that situation.  From my childhood of being molested and abused, you don’t know how to deal with the pain. I said it out loud and now I have to deal with it. I did a lot of inner searching. I started to face my demons, and once you face them you realize they are not as scary as you thought. I spent years crying, and I realized it’s not my fault and it’s okay to love yourself. I didn’t do therapy, I wrote it out. In the black community we kind of shun therapy. But you should talk to someone who knows where you’ve been. People ask me to help them. I feel like my hands are tied. I can tell them what I did -- it was years of going through shit until I finally faced my demons. I have a song called “Broken.” A lyric from the song says, ‘Why am I the last one standing in a room full of smiles?’ You put on a brave face, but a lot of people are struggling with depression. I went through a space of thinking sex was love; that’s a fix. Performing music is a fix, but you can’t sing forever. I pray for people who are going through that. I made it through, and you will, too. I’m a suicide survivor. I want people to back up from the edge and stand up.
ESW: Musically, what’s next for you?
SM: I’m in the line with y’all waiting for the music. I just got a manager. Amen. Yes, Lord! I recorded 13 songs in three days with Kutiman. The song “Backwards” from the film will be released soon and hopefully it will help bring out the first single, “Say Something.” I never knew releasing music was such a process, but it is when you do it the right way.
For updates, follow Princess Shaw on YouTube (https://www.youtube.com/channel/UCdDfowGuaJT23usXf7JFo8w) and Instagram (https://www.instagram.com/_princess_shaw/).