November 07, 2016
You may recognize her from the '90s sketch comedy show In Living Color, as Bill Cosby's daughter on Cosby, or Raven-Symone's Mom on That's So Raven. But T'Keyah Crystal Keymah is just as recognizable for her trademark twists. 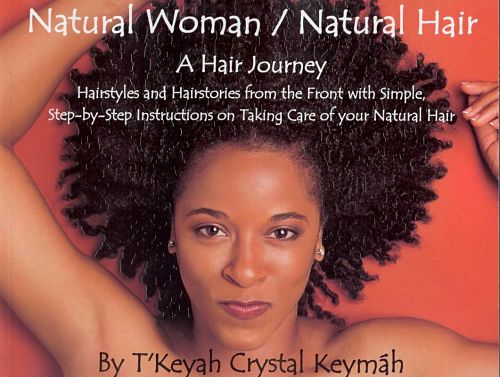 Everything She Wants chatted* with the natural hair pioneer via email about how her hairstyle choices affected her career, her product picks and her book, Natural Woman/Natural Hair: A Hair Journey.


Everything She Wants: Back in the ‘90s not many black actresses wore their hair natural. Were you overlooked for roles because of your hairstyle?

T'Keyah: Sure. I missed out on things because of my hair (which no one knew how to style at first, so I did it myself). I even had casting directors suggest that I "do something with it." Gratefully, I worked steadily enough that I was never tempted to trade my twists for more opportunities. [But] I've always been fine playing characters that don't wear their hair naturally. I just take issue when a character's hair symbolizes poverty, ignorance, or ugliness. To that end, I, regrettably, had my hair pressed for a role that was less than Image Award worthy. Ruined my hair, but I made my little point.

Everything She Wants: Tell us about your natural hair book.

T'Keyah: Thankfully, the climate has changed drastically since my early days in television. I'm very proud that so many women credit me as their natural hair inspiration. [And] I'm working now on the second edition of my book, Natural Woman / Natural Hair (out in January 2017). It will have new styles and incorporate the things I’ve learned, some from fans of the book, since the first edition.

Everything She Wants: What are your favorite hair products?

T'Keyah: I like hair products that are free from chemicals, dyes and mineral oil. As I say in my book, everyone should experiment to judge which products work for you. I keep a small bottle of olive oil in my cabinet, as well as tea tree and rosemary [oil] for my scalp, but I always moisturize with a water-based product before locking moisture in with oil.