July 26, 2013
Say what you will about perverted New York City mayoral candidate, Anthony Weiner, but his faithful-to-a-fault wife Huma Abedin is one lady we'd love to go shopping with.  Like First Lady Michelle Obama, Huma has a classic, chic style and a flair for bold patterns and bright colors. 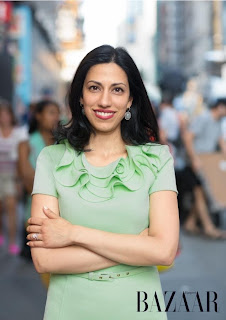 But why is this lovely lady, who worked closely with Hilary Clinton during her candidacy for President and at the U.S. State Department, still standing by her sexting-crazed man?

In an editorial she wrote for Harper's Bazaar, Huma says: "New Yorkers will have to decide for themselves whether to give [Anthony] a second chance. I had to make the same decision for myself, for my son, for our family. And I know in my heart I made the right one."

To be honest, even if she's sure, we're not so sure the admittedly private Huma should continue to subject herself to the embarrassment and public ridicule that come along with being this troubled politician's good wife. We considered voting for Mr. Weiner, but he's stepped over the line of decency one too many times and at this point the odds of him defeating temperamental Democratic frontrunner, City Council Speaker Christine Quinn, are now slim to none.  Hopefully, Huma will come to her senses and leave this loser. In the meantime, however, we encourage her to keep shopping...on her disgraceful hubby's dime. 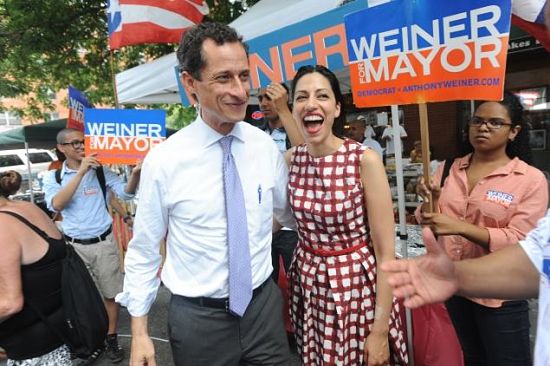 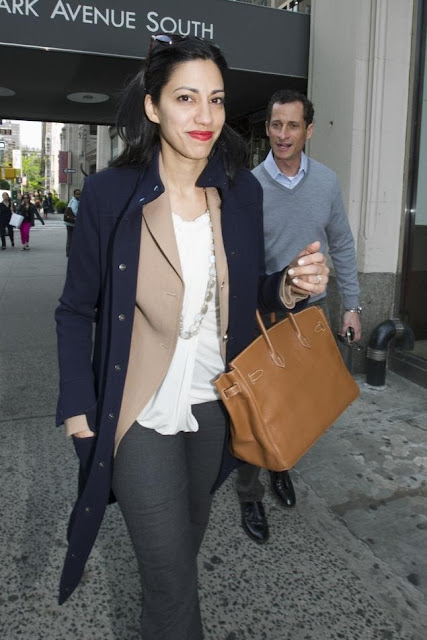 December 08, 2021
Watching the Alvin Ailey American Dance Theater makes me proud to be a Black woman. This ballet company is graced by dancers of color who can tackle any technique or dance style. But whether the choreography is rooted in jazz, lyrical, contemporary, hip hop or ballet, they do it the Ailey way, which means they move with so much culturally rooted soulfulness and swag that I find myself marveling at their languid form and fierce footwork. In my lifetime, I've seen the Ailey company perform at least a dozen times and each time I picked a performance that included Mr. Ailey's beloved "Revelations." I will never grow tired of witnessing this jubilant homage to the Black Southern Baptist church. By the end I'm always standing, singing and clapping along with the rest of the audience's Amen chorus. Yes, rock a my soul in the bosom of Abraham ! Like most theatrical events and performing arts programs, this is Ailey's comeback season after going dark in 2020 due to
Post a Comment
Read more

Spring Cleaning: Clean Out Your Closet and Earn Extra Cash

April 05, 2021
Remember clothing?  As much as we love our athleisure, we can still recall what it was like to wake up and put on something other than hoodies, T-shirts, joggers and leggings. And now that coronavirus vaccines are available and we're resuming some sort of normalcy, we look forward to traveling again and meeting up with fellow vaccinated family and friends for brunch and outdoor fun (still wearing masks and socially distancing in public spaces). We also look forward to refreshing our wardrobe.  But if you want to make room for new garments, it's time to declutter and find a new home for the clothes, shoes and accessories you haven't worn in a season. Donating to a thrift store or charitable organization is always a good option.  For certain items in new or nearly new condition, however, you can also earn some cash by selling them at a consignment shop.   Here are several e-commerce and retail consignment shops we love: thredUp  makes cleaning out your closet easy.  Simply re
Post a Comment
Read more