Gluten-free has been a diet buzzword for several years.  But what does it mean?  The gluten-free diet was specifically designed for people with celiac disease (an intolerance of wheat, rye and barley).  Celebs who can’t stomach wheat include Miley Cyrus and Elisabeth Hasselbeck.  Since wheat is in everything from bread and pasta to sauces and salad dressing, registered dietician Constance Brown-Riggs, advises that going gluten-free shouldn't be a trend or fad diet. 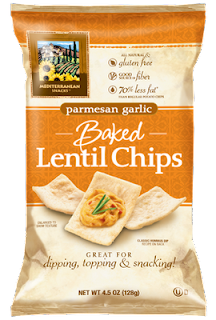 “It’s not a weight loss diet.  It’s not low in carbs, and many people have gained weight instead of losing weight on a gluten-free diet,” says Brown-Riggs.  “If you don’t have celiac disease, you may have sensitivity to gluten; but unless you’ve been diagnosed with gluten intolerance, you don’t have to avoid gluten.”

Dr. Rhonda Medows, a chief medical officer and executive vice president for UnitedHealth, says that celiac disease is often confused with irritable bowel syndrome (IBS).  That's because the symptoms of celiac disease – which reportedly affects one out of every 133 Americans -- can be hard to decipher since they mimic a number of common ailments including abdominal pain, diarrhea, acid reflux, fatigue, sores on the mouth, joint pain and numbness. To determine if you have celiac disease or gluten sensitivity, consult a medical doctor to get a blood test or biopsy.

“It’s a big deal to make that dietary change,” says Dr. Medows.  “[Celiac] is an auto-immune disorder that doesn’t go away. You have to deal with it forever.”

Even if you don’t have celiac disease or gluten sensitivity, however, there are many delicious gluten-free snacks on the market you can incorporate into your diet that will curb cravings for salty, fatty chips.  Everything She Wants loves Mediterranean Snacks’ gluten-free Lentil Crackers in Rosemary Herb, Cracked Pepper and Sea Salt and the brand’s Baked Lentil Chips in Parmesan Garlic, Cucumber Dill and Roasted Garlic. And Crunchmaster oven-baked crackers made with whole grains come in a variety of yummy flavors.

March 20, 2010
Jessica Simpson may not brush her teeth.  But we all know that white teeth and fresh breath are as essential as adding a floral pattern to your wardrobe this spring.   Crest wants the readers of Everything She Wants to have pretty pearly whites.  So the brand is offering three lucky readers the chance to win a tube of the new Crest Pro-Health Sensitive Shield toothpaste, plus a Crest toothbrush and floss! The toothpaste  offers sensitivity protection with no trade-offs by also protecting the seven areas dentists check most: cavities, gingivitis, plaque, tartar, sensitivity, whitening and fresh breath – all in one package!  If you have sensitive teeth, you no longer have to spend your time and money using more than one toothpaste to get comprehensive oral health protection for their teeth and gums. To enter the giveaway, follow these three easy steps: 1) Respond to this post with your first name and email address and tell me your favorite toothpaste (hint, the answer sho
83 comments
Read more

September 28, 2011
Tweens and teens aren't the only ones who need new clothes for fall.  We also need new tops, frocks, and trousers for work and play.  Fortunately, Amazon.com has launched the new Amazon Contemporary Shop to suit our grown-up fashion needs. Me (r) and a model (l) wearing a MINKPINK maxi skirt from Amazon.com. The online boutique is stocked with trendy clothing, shoes and accessories for women and men by designer brands like Halston Heritage, Twelfth St. by Cynthia Vincent, Rock & Republic, BCBGeneration and more. I even picked up a great pair of Heidi Klum for New Balance (HKNB) sneakers for under $55! So, are you ready to shop?  Everything She Wants will help one lucky reader jazz up her fall wardrobe with a $50 gift card to use online in the Amazon Contemporary Shop. Here's how to win: Retweet this post (if you don't have a Twitter account it's easy to sign up on Twitter.com) Subscribe to Everything She Wants via Google Connect, email or RSS Feed.
127 comments
Read more