November 21, 2010
Some people like to chase twisters.  I like to chase clothes.  Yesterday I was on a mission to find a piece of Lanvin's limited collection for H&M to call my own.  Although I wasn't serious about purchasing a cocktail dress for $200, I was at least hoping to snag one of the coveted line's t-shirts or accessories.  But no such luck.  Those items were sold out and the only accessory I could find was a Lanvin tote bag for $3.95. 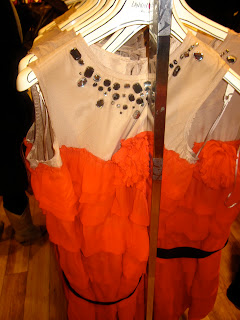 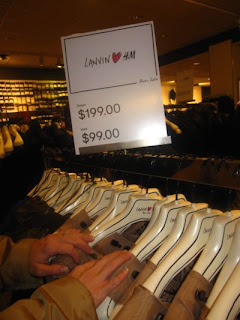 In fact, some shoppers were so serious that they camped out before the New York City stores carrying the merchandise opened.

My compulsion curiosity led me to four H&M stores and each only had a couple racks of dresses left (the flagship store on Fifth Avenue also had plenty of men's items).  If I'd been thinking more like an eBay reseller, I would have purchased at least one to flip later.

En route to my final H&M of the day in Soho, I spotted a young woman on the F train touting four fully loaded Lanvin for H&M bags. 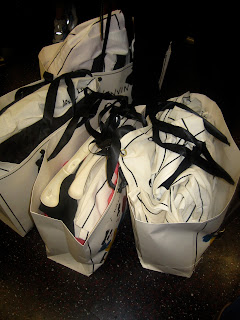 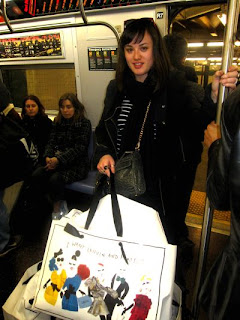 Her name is Cassandra and she works in fashion.  She said she scored 12 dresses from the store on 34th Street across from Penn Station -- some she'll keep and the rest she picked up for her boss and friends.  I admire her resourcefulness.

Maybe I'll be better prepared for H&M's next big designer collaboration.  Either way, I had a fun afternoon chasing "discounted" designer rags.