I have a jewelry crush on Dannijo.  Recently I met dynamic design duo Danielle and Jodie Snyder during a preview of their spring 2011 collection.  At their light-filled Meatpacking District showroom, the girls told me how they got their start making jewelry from their father's medical supplies.
Although they initially pursued other careers, their fascination with making wearable art stayed with the sisters, who launched their first boutique in their hometown of Jacksonville, FL while they were still in high school.
Jodie, 28, graduated from the University of Florida in 2004 and moved to New York City to pursue a career in fashion, and Danielle, 25, joined her big sis in the Big Apple after she graduated from Vanderbilt University in 2007.  They started designing jewelry together again in 2007 with a capsule collection benefiting a non-profit organization where Jodie worked. Dannijo officially launched in 2008.
The eye-catching Bellatrix line debuted during London Fashion Week and is named after one of the brightest stars in the Orion galaxy, home to "the female warrior." 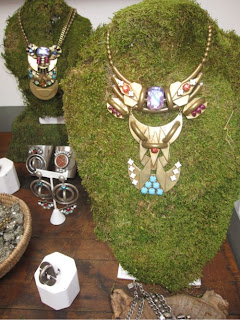 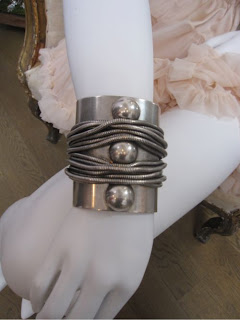