"People think because we live where we live that we’re not real housewives," Jacqueline says during an interview at her sprawling, suburban New Jersey abode. "But we do our own cooking and cleaning." 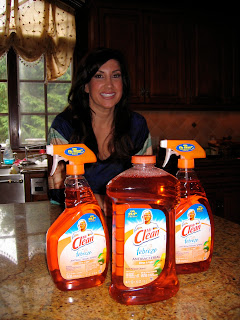 So the perky mother of three is the perfect spokesperson for Mr. Clean.  In her spiffy kitchen, she demonstrates the effectiveness of Mr. Clean's newest Antibacterial Multi-Surface Cleaners with Febreze Freshness.  Then we visited her super-sanitized bathroom, where Jackie shows how to use the famed Magic Eraser.


Jacqueline is also candid about the show. She says everything we see is real.  "It's not scripted," she assures.


Even when the cameras aren’t rolling she and her neighboring sisters-in-law Caroline and Dina Manzo and loveable table-flipper Teresa Giudice get together for weekend barbecues and family dinners. Teresa calls while I'm chatting with Mr. Clean (seriously, the real Mr. Clean was there), and Jacqueline passes me the phone. 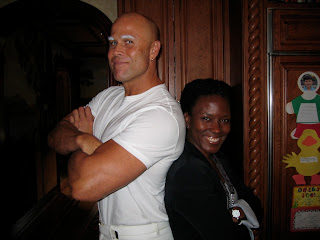 Since the second season wrapped, Jacqueline had a breast reduction and dropped her baby weight by eating healthy, drinking lots of water, doing the Bar method

workout, and a "jump start" with Japanese diet pills.


Will there be third season?  "Our ratings are through the roof," Jacqueline says.  "So I’m pretty sure they’d have us for another season."


Want more dish on “The Real Housewives of New Jersey?” Read my interview with Jacqueline:


Everything She Wants: Is Danielle [Staub] for real or is the drama played up for TV? 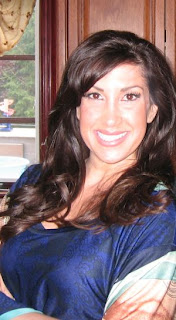 Jacqueline Laurita: It's real. I find her a hard person to get along with.  But it's part of what we signed up for. We're contracted to [interact].  I met Danielle right before the taping of the first season. She goes to our salon. They were looking for a single person to bring on the show. Dina is actually the one who suggested her, and I passed her name on to the producers.


ESW: This season focuses a lot on issues between you and your teenage daughter Ashley.


JL: The mother-daughter relationship is always a challenge. We’re always working at our relationship. I went through the same thing with my mother and now we’re closer than ever. You can only guide your children so much and then they learn from their own mistakes.


ESW: Do you watch the season as it happens?


DL: We get the shows every Wednesday for the Monday show so we can blog about it. It’s crazy because you don’t know how it’s going to be edited. It’s funny how they cut out when I’m doing laundry and cleaning the house. They don’t care about that. They want the drama. But it’s fun because I’m with my family. 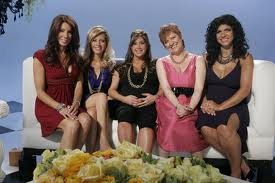 ESW: Why do you think New Jersey has become so popular?


JL: People have a misconception of Jersey. “The Sopranos” set the tone. So when we came out they tried to stereotype us. Then all these other shows like “The Jersey Shore” came out. I think people are the same everywhere. I’m sure there’s a table-flipper in Ohio too. We’re not representing any state. We represent ourselves.


ESW: Has being on the show helped you develop a thicker skin?


JL: I think I’ve always had that. But you learn to find the humor. So if someone says something [negative], I either agree like yeah I am like that or you see what you need to tone down. I’m a very open and honest person. I’d rather have people love me for who I am. With the show, you have to be okay with not being perfect and putting it all out there. It’s the same with Mr. Clean. A lot of people come to me to represent products, but I can’t endorse a product unless I believe in it.


Watch the following video to find out this real housewife's cleaning tips: