March 20, 2017
We love Spa Week. And it's back, April 17-23, 2017. When else can you book luxe spa services for only $50? Available at day spas nationwide, Spa Week is the time to pamper and treat yourself to a facial, massage, mani/pedi or alternative therapy like acupuncture, cupping or floatation tank therapy. So what are you waiting for?  Book your $50 treatments today! 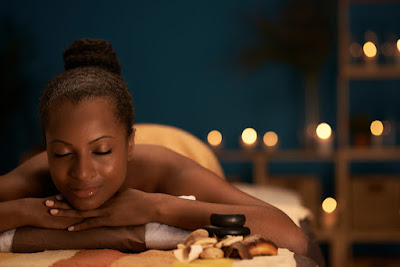 Spa & Wellness gift cards can now be purchased at select retailers like CVS, Walmart and Rite Aid nationwide, and can be used at many of the spas participating in Spa Week.

About Spa Week
The Spa Week concept was born on a rainy spring morning in 2004. The goal was simple: bring the spa and wellness experience to the masses by offering full service treatments, normally costing hundreds of dollars, for just $50 dollars each. No longer would a trip to the spa be considered an indulgence and something relegated to the wealthy few. Spa Week was the vehicle that was destined to change an industry and make a spa visit part an affordable healthy lifestyle.
After months of research and organization, Spa Week was officially launched in October 2004. The beginning was humble at best with a mere 25 spas participating in the New York area. Never once during those long months of planning did I ever dream that the Spa Week franchise would be embraced the way it has. The response was both overwhelming and instantaneous—Spa Week became an instant cultural phenomenon.
$50 spa treatments beauty beauty treatments facials health and wellness healthy lifestyle massage New York City spas Spa Week 2017 spring beauty trends