February 01, 2014
Gabrielle Douglas made us proud in the 2012 London Olympics. Now the gold medalist's triumphant story has been turned into a book, Grace, Gold & Glory, and a Lifetime biopic that airs February 1. 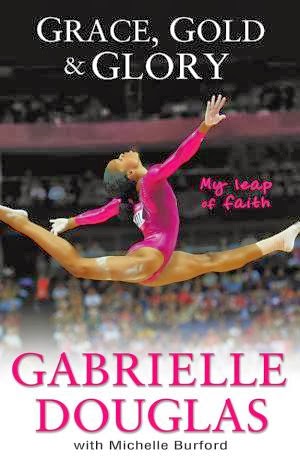 The Gabby Douglas Story details Gabby’s rise against overwhelming odds to become the first African American ever to be named Individual All-Around Champion in Artistic Gymnastics at an Olympic Games.  A refreshingly Christian-toned script and endearing performances by Sydney Mikayla (Whitney), who portrays Douglas during her childhood, and Imani Hakim (Love Reign Over Me), who portrays her teenage and young adult years, make this a must-see TV event for families and aspiring athletes of all ages.

A prodigy from a very young age, Gabby originally made her mark on the world of competitive gymnastics at age eight, winning numerous state championship titles throughout her age group career.  While her star was fast rising in the arena, Gabby and her family faced dire economic and personal challenges at home and she made the difficult decision to leave her mother Natalie (King), three siblings and grandmother (Merkerson) in Virginia Beach and move to Des Moines, Iowa, to train with renowned coach Liang Chow (Brian Tee, The Wolverine) and pursue her single-minded dream of Olympic glory.

Buoyed by her intense faith and love from her family, Gabby made it onto the 2012 U.S. Women’s Gymnastics team, which faced unyielding and unforgettable competition in the London Games.  Her sacrifice and perseverance were triumphantly rewarded with Team Competition and Individual All-Around gold medals, placing Gabby and her teammates – known as “The Fierce Five” – among the world’s all-time greats in the sport of gymnastics.

To celebrate the accomplishments of this inspiring young woman, Everything She Wants will giveaway a copy of Gabby's book to one lucky reader.  Just be the first person to comment on this post with your first name and Twitter handle.